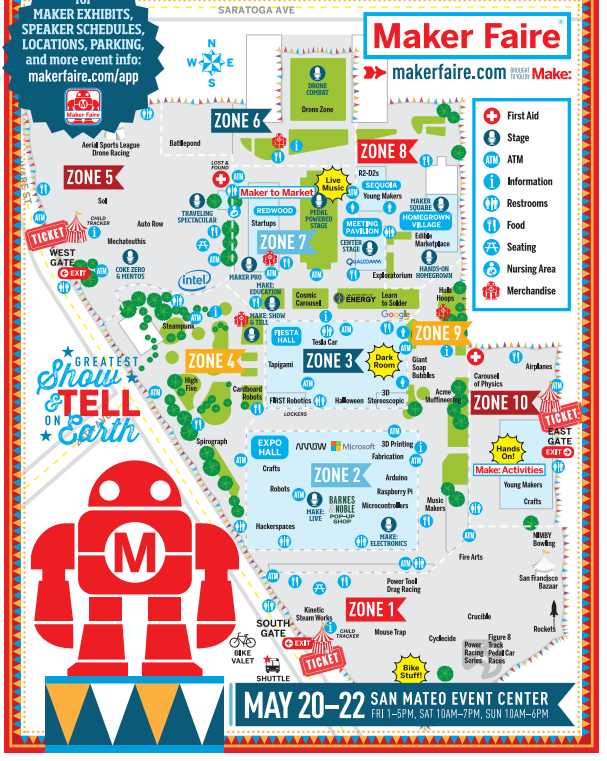 We decided to park at S. SF Caltrain station and took the train south to Hillsdale station. Mainly because Noah wanted another train ride. It turned out to be not the best choice of transportation. We will opt for driving and then shuttle instead the next time. S. SF Caltrain station has probably the worst road signage we’ve ever experienced. We drove around in circles three times before we finally decided to take the unmarked entrance.  Coming from San Francisco, exiting from Grant Ave. left at the end of off ramp, and then left at the first light (Marked as Grant Ave.), THEN, took the first left, follow the unsigned road to the station parking lot right underneath the overpass.

Walking from Hillsdale station to San Mateo Event center is actually pretty long, approximate 12 minutes. It was okay in the morning. It was a complete nightmare at the end of the day when everyone, especially the little guy was dead tired.

We took the 9:31am train from SSF(turned out to be 5 minutes late). 90% of the seats were taken, but we managed to find some empty ones that were reverse facing (the last coach). Arrived at the door around 10:15am.

It was a little overwhelming for us since we had no idea what it will be like.  There were booth that were shooting flame into the air right by the door. ZM took Noah to visit a friend’s booth. I went back to the door to get us wristband. We didn’t get the child tracker since there were two of us and Noah is in general a cautious kid who won’t run off on his own.

Later we realized that we should have make a round through all the big company sponsored booth to pick up freebies.  There were some googlers giving out protective goggles at the door (we entered from South Gate/Zone 1). That became the only schwag we got for the day. Later in the day we saw some people carrying this black nylon sack with Intel logo. ZM went by their booth and found out it was long gone.

Initially we wondered around and let Noah decided what he liked to watch and play. As a result, four hours into the day, we still haven’t made past Zone 2! 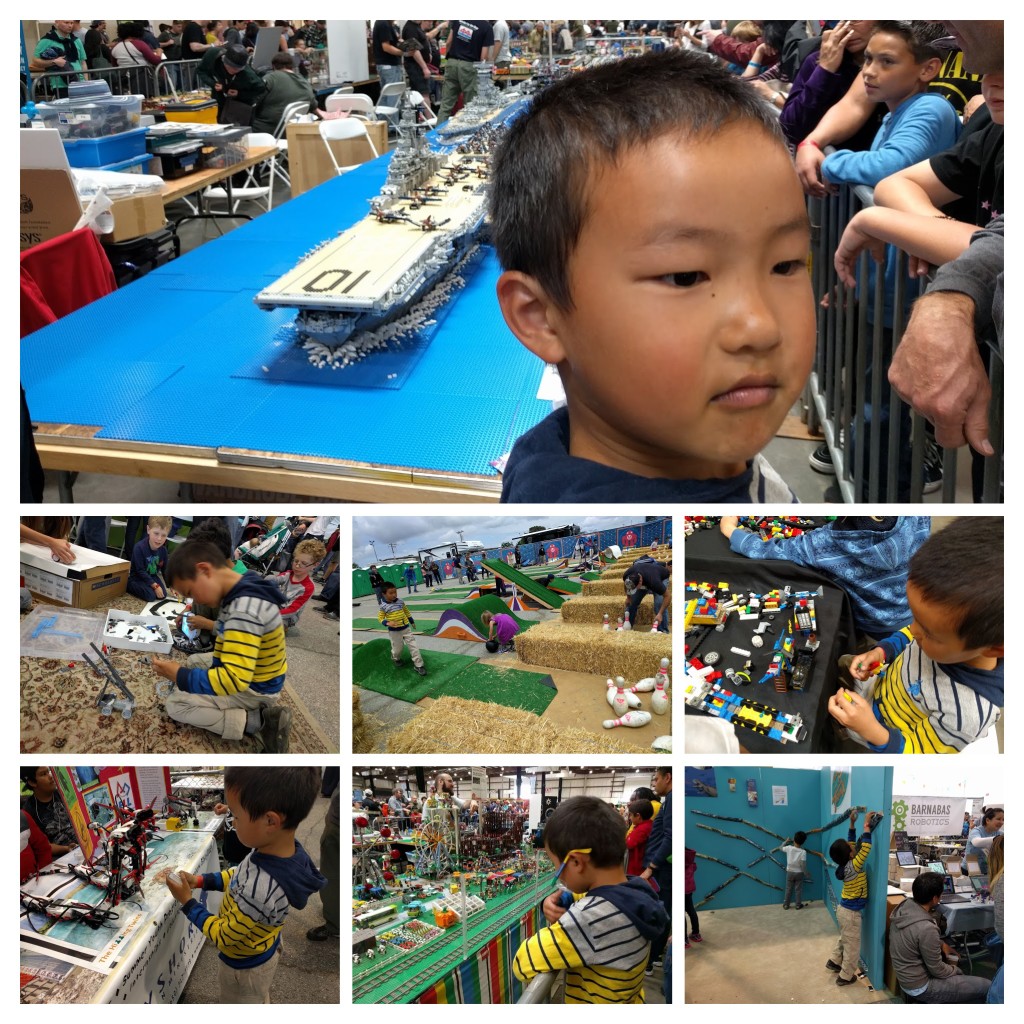 While Noah was building his little lego battle ships, ZM went off to explore the rest of the ground. Reporting back how many great stuff we haven’t seen, Mi dragged Noah off to get more over-stimulations and sugar rich food. 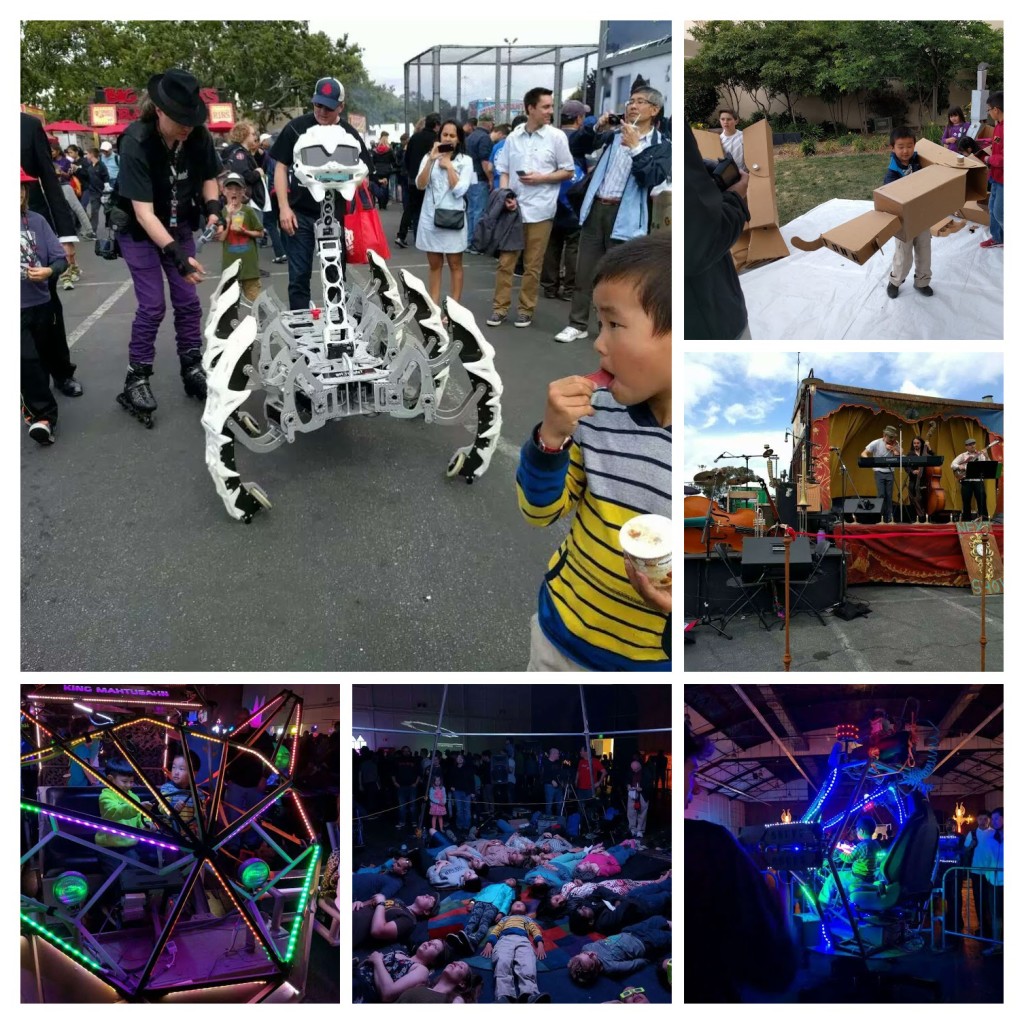 We did a whirl-wind tour of the remaining ground in another 2 hours. It was 4:15pm, 6 hours after we arrived. Noah still didn’t want to leave. But he was noticeably tired and getting cranky.  We half threatened half coerced him out of the place. ZM carried him on his shoulder to the train station. We longingly looked at all the people who got on the shuttle at the door. Next time!

Our five-year-old started going to a San Francisco Public School last Fall. He has been enjoying his year in Kindergarten. Doing Kindergarten stuff: Pokemon Card, Legos, soccer practice, Star Wars (his favorite character is Darth Vador), they recently made up a game where he and a bunch of his fellow K kids running around the school yard during recesses pretending to be chipmunks searching for food, and trying to trick bad guys (cats). He loves to draw battle plans, flowers, rainbows and hearts. The normal K stuff.

Then came the surprise this morning. On his way to school, Noah told his Dad in the car, with a very serious face, “Don’t vote for Donald Trump!” His Dad was surprised cuz we rarely talks about the election in front of him. He asked Noah why not. He said the Kindergartners have been talking about the general election among themselves. Their conclusions were Trump “destroyed people’s lives in his town, and not a peace builder. Therefore, he is not a good person. ”

I know San Francisco is a very progressive town. And I know quite a few of Noah’s classmates parents work in law and/or government, one of them is a senator. But I have never expected a bunch of five and six-year-old took their civic duty so seriously!

I wonder what will the Kindergartners think next if voters of this country disappointed them? 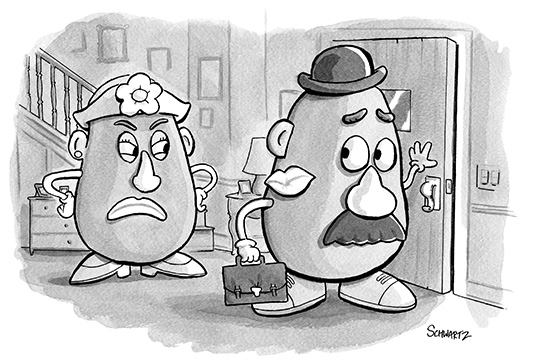 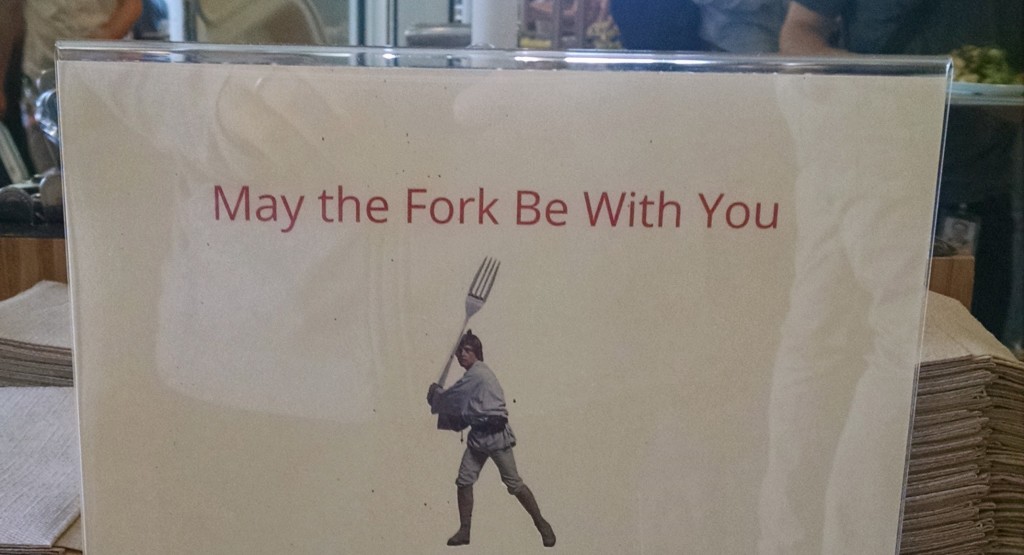 On Saturday morning we walked through Lucasfilm campus in Presidio and ran into a small filming crew with an R2 holding flowers.

We’ve never played any Star Wars movie for Noah before. So he didn’t know who R2 was, but he knew it was a “robot”. Nevertheless, he was immensely interested and patiently sat down on the ground waiting for the filming to begin so he could watch “robot!” walk.

We waited for about 30-40 minutes, when the filming finally began, the black R2 was unveiled and two droid started moving and “talking”, Noah’s first comment was, “wow, just like Wall-E!”

My Light. My Joy. 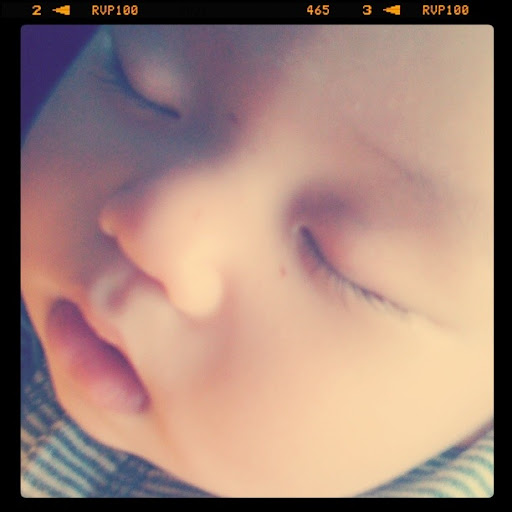 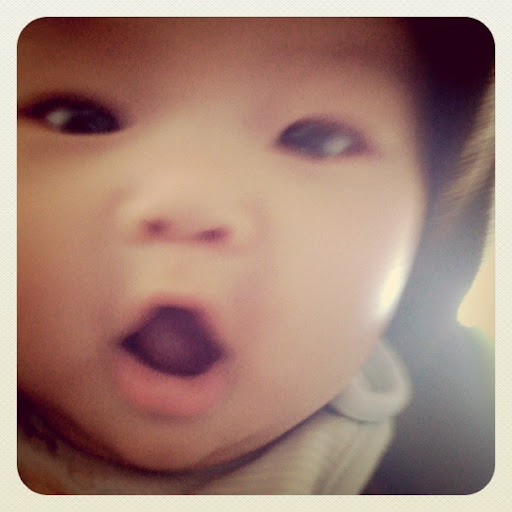