In the midst of Euro 2012 Championship, but all the media attention were focused on Greece’s potential withdraw from Euro.

I couldn’t help remembering the book “Guns, Germs, and Steel”. The ultimate answer i was seeking while reading that book was, why did China fall behind while Europe blossomed in modern history.

“It[China] also led the world in political power, navigation, and control of the seas. In the early 15th century it sent treasure fleets, each consisting of hundreds of ships up to 400 feet long and with totla crews of up to 28,000, across the Indian Ocean as far as the east coast of Africa, decades before Columbus’ three puny ships crossed the narrow Atlantic Ocean to the America’s east coast. Why didn’t Chinese ships proceed around Africda’s southern cape westward and colonize Europe, before Vasco da Gama’s own three puny ships rounded the Cape of Good Hope eastward and lauunched Europe’s colonization of East Asia? Why didn’t Chinese ships cross the Pacific to colonize the America’s west coast? Why, in brief, did China lose its technological lead to the formerly so backward Europe?”

The book revealed its conclusion at the end, and it made perfect sense to me then.

“…precisely because Europe was fragmented, Columbus succeeded on his fifth try in persuading one of Europe’s hundreds of princes to sponsor him. Once Spain had thus launched the European colonization of America, other European states saw the wealth flowing into Spain, and six more joined in colonizing America. The story  was the same with Europe’s cannon, electric lighting, printing, small firearms, and innumerable other innovations: each was at first neglected or opposed in some parts of Europe for idiosyncratic reasons, but once adopted in one area, it eventually spread to the rest of Europe.

These consequences of Europe’s disunity stand in sharp contrast to those of China’s unity.  From time to time the Chinese court decided to halt other activities besides overseas navigation: it abandoned development of an elaborate water-driven spinning machine, stepped back from the verge of an industrial revolution in the 14th century, demolished or virtually abolished mechanical clocks after leading the world in clock construction, and retreated from mechanical devices and technology in general after the late 15th century.  Those potentially harmful effects of unity have flared up again in modern China, notably during the madness of the Cultural Revolution in the 1960s and 1970s, when a decision by one or a few leaders closed the whole country’s school system for five years.

Europe’s disunity has been its strength!  So Greece’ breakaway from Euro is no accident. It is burned into Europe’s DNA.  Germany, as always trying to play the unifying role. But Europe, being the diverse Europe, doesn’t want to be China.

In the long run, it might not be a bad thing.

Staying at W Taipei is like participating in a scavenger hunt without realizing it.  One continues to make new discovery of the amenity of the room.

On my second night, i was staring at this wall of white blocks, thinking to myself, what a waste of space. If this had been a regular residential room, what a lovely shelf space it would have made. 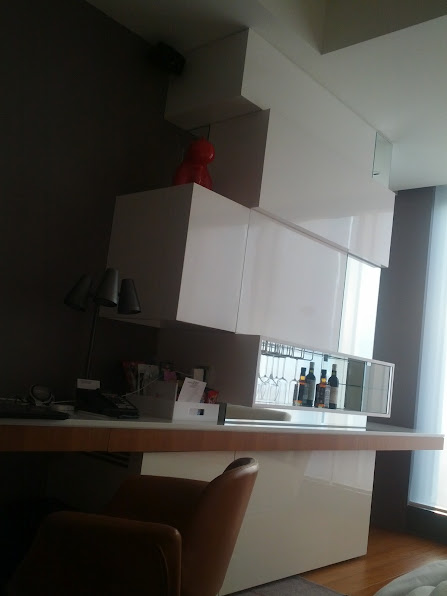 Then i walked closer and noticed the shelf right below the red dianosour seems to have a gap that is hinting at a door. I pushed the front of the shelf, viola! Coffee presser and electrical tea kettle! 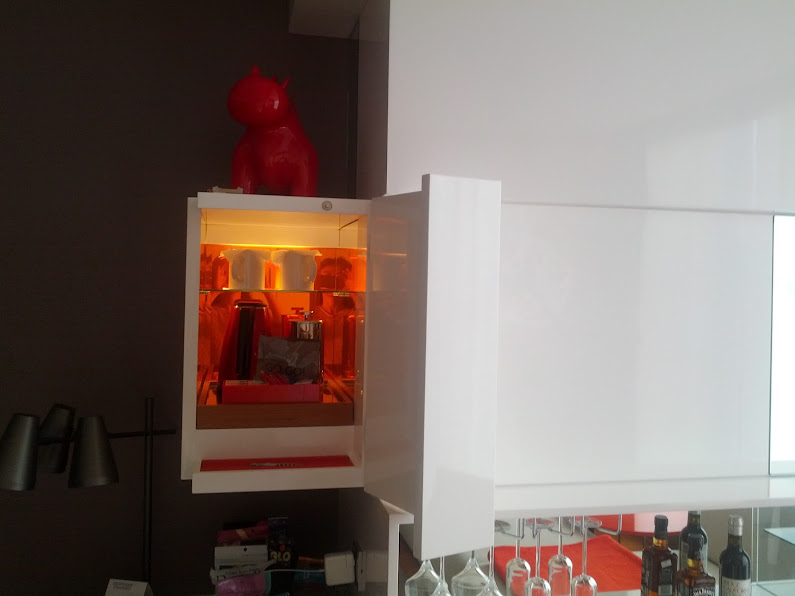 When i shared my discovery with my co-workers at breakfast the next morning. One of them just made exactly the same discovery and the other was pleasantly surprised. He even complained of the lack of a tea kettle in the room on his survey after his last stay! Ha, i wonder what percent of patrons actually find the kettle.

Then yesterday evening when we were meeting up in the hotel bar after work. The conversation topic shifted to how nice the shower head is. I was puzzled. i thought the shower is fine, but nothing to write home about. One of my co-worker has this grin on his face, “that’s because you haven’t discovered the shower head on the ceiling!” 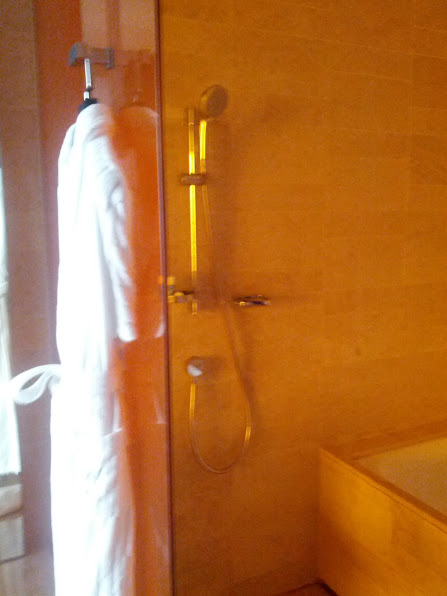 There is a shower head on the ceiling?!

Sure enough, there is! and it is HEAVENLY! Next time i renovate our bathroom, i’m putting one on the ceiling too! 🙂 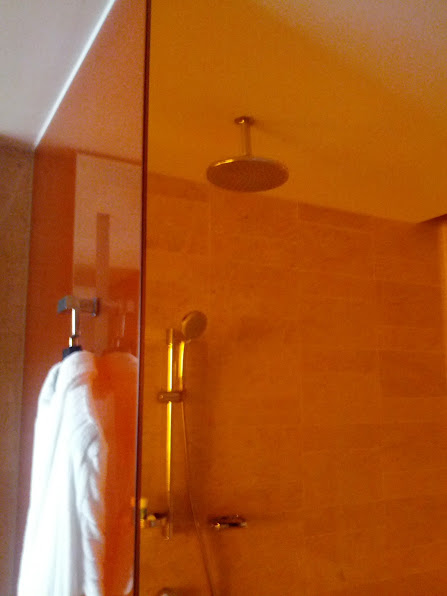 This morning when i walked out the room to check out, i was wondering to myself how many hidden gem were left undiscovered as the door closed behind me…