Earlier this year, I read “Cheap Words” on the New Yorker, “Amazon is good for customers, but is it good for books?” by George Packer. 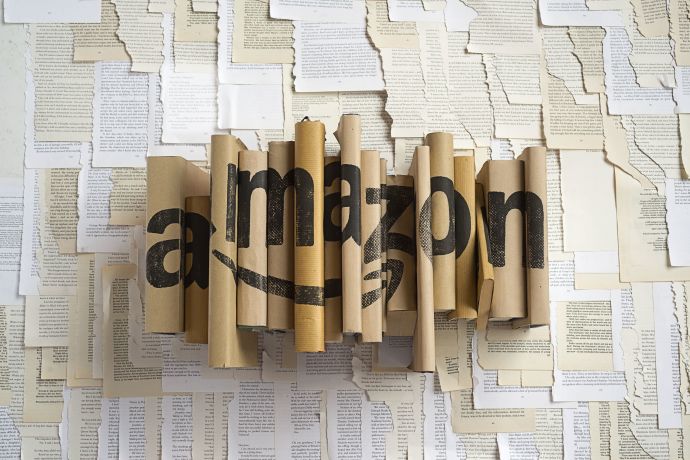 Bezos is right: gatekeepers are inherently élitist, and some of them have been weakened, in no small part, because of their complacency and short-term thinking. But gatekeepers are also barriers against the complete commercialization of ideas, allowing new talent the time to develop and learn to tell difficult truths. When the last gatekeeper but one is gone, will Amazon care whether a book is any good?

I wanted to write about it but didn’t.

This morning I just read “The War of the Words” on the Vanity Fair, by Keith Gessen. It is on the same topic, Amazon vs. Publishers. It did a great job documenting the evolving relationship between Amazon and Publishers, and summarized the conflict of today. 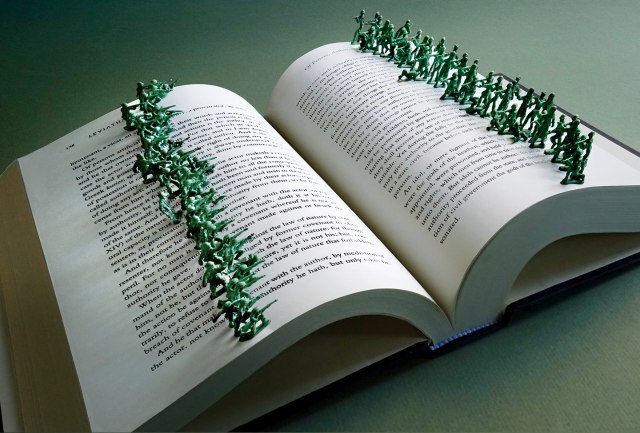 Amazon’s self-published authors’ books were particularly inexpensive, and also something else: they were a particular kind of book. In publishing terms they were known as “genre” books: thrillers, mysteries, horror stories, romances. There were genre writers on both sides of the dispute, but on the publishing side were huddled the biographers, urban historians, midlist novelists—that is, all the people who were able to eke out a living because publishers still paid advances, acting as a kind of local literary bank, in anticipation of future sales. Some pro-Amazon authors boasted of the money they’d earned from self-publishing, but the authors of books that sometimes took a decade to write knew that this was not for them—that in an Amazon future they would be even more dependent on the universities and foundations than they already were.

As a reader, the question is do i want to continue reading the serious book written by authors spent a decay research and produce?

It is actually a very similar argument seen in today’s world that’s filled with 140 characters sound bites.  They are fast-food culture. They are amusing. They keep me entertained every seconds of my day. But what if i still want to have the option to read serious biography, history, or great novels by the masters of words.

Kindle and Amazon’s efficiency did get more people back to reading, thank god. But reading what?  Do we want a world with only genre entertainments?

It reminded me of a conversation from Giovanni’s Room that i loved. It is on the topic of America vs. Europe.

“Anyway,” he said mildly, “I don’t see what you can do with little fish except eat them. What else are they good for?”

“In my country,” I said, feeling a subtle war within me as I said it, “the little fish seem to have gotten together and are nibbling at the body of the whale.”

“That will not make them whales,” said Giovanni. “The only result of all that nibbling will be that there will no longer be any grandeur anywhere, not even at the bottom of the sea.”

“Is that what you have against us? That we’re not grand?”

I loved the Keith Gessen article on Amazon’s efficiency when he visited Amazon’s wearhouse.

So much ingenuity had been deployed to solve the problem of “reading”—in their different ways by the Kindle engineers, by the warehouse-software specialists, by Otis Chandler at Goodreads. And I remembered something a book editor, one of the best I know, had said to me about the Amazon situation. “They’re always talking about inefficiency,” he said. “Publishing is inefficient; print is inefficient. I mean, yeah. But inefficiency, that’s human. That’s what being human is.” The Kindle really is an extraordinary device—the fulfillment centers are wonders of undeniable efficiency. They too represent a remarkable human achievement. But art by definition is something for which there is no practical use.

What put a cold shiver down my spin is how close the future that Amazon is peddling resembles China.  The books are super cheap in China. No one, not even the most popular writers can afford to live on writing along. Only writers who can earn a decent living are those who joined the state sponsored “writer’s institution”. They are paid a regular salary by the government. All through Chinese history, the great books were either written by genius who died of poverty (“The Dream of Red Chamber”), or by state supported historians (“The Records of the Grand Historian” 史记）.

I want a world where little fish and the whale can co-exist somehow. Is that possible?