Spent the last day of the long weekend reading the most recent two issues of the New Yorkers. For the first time I can now read the magazine on my phone! Thank you Google Play for bringing in the New Yorker! 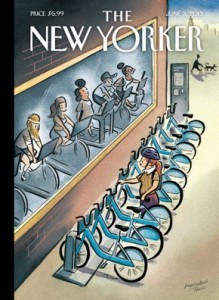 1. THE MANIC MOUNTAIN
BY NICK PAUMGARTEN

An article originally intended to be the profile of Ueli Steck, one of the world’s premier alpanists–“The Swiss Machine” and his final epic climb on Everest. But it turned out to be more about the confrontation a month ago on Everest between Ueli and Nepalese Sherpas. The news and blogs i’ve heard about that story was one sided blaming the climbers. This article served as testimony of the story from the Climber’s view. Sobering.

The article is behind a subscription wall.  Failing that, you could listen to this interview of the author Nick Paumgarten and Peter Hessler on climbing culture and a summary of the article by Paumgarten, by Sasha Weiss.

and here is a video of Ueli climbing Eiger!

2. IN THE CROSSHAIRS–Chris Kyle, a decorated sniper, tried to help a troubled veteran. The result was tragic. BY NICHOLAS SCHMIDLE

How some people could use this story to make a case for pro-gun and against gun-control is beyond me! 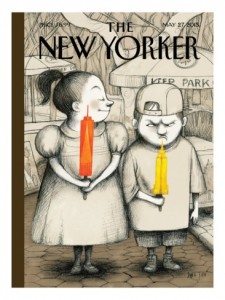 3. Change the World By George Packer

Throughout most of Silicon Valley’s history, its executives have displayed a libertarian instinct to stay as far from politics and government as possible. But the imperative to change the world has recently led some Silicon Valley leaders to imagine that the values and concepts behind their success can be uploaded to the public sphere.

It is mainly a story about how Zuckerberg turns political. Entertaining, but please take this article with a grain of salt. Some of the statements are overly sensationalized, which made me question the truthfulness of the remaining of the story.

In the spring and summer of last year, people from Brazil, Norway, Spain, South Africa, Bangladesh, Japan, and even the Upper West Side pounced on a Craigslist ad for a twenty-five-hundred-square-foot Chelsea loft with two large bedrooms and two baths. The apartment’s owner and impresario was a photographer named Michael Tammaro who assured potential tenants that he’d get them membership in Soho House. Everyone wanted in. They couldn’t all rent the apartment, of course. Unless they could!

My favorite part of the story is how the Asian couple used sympathy to recover most of their money after learning the truth. And the advice the D. A. gave to a couple of the victims. “I”ve been in this job fifteen years, and I’ve heard everything — but I’ve never heard of the scammee locking the scammer out.” He went on, “I’m going to give you some advice – get out of the apartment. You’re two young people, starting out together, and you don’t want your lives to be about this terrible person.”