This is the America I want to live in pic.twitter.com/P28MBw0ho4

And this was the screenshot embedded in the tweet.

I kept on returning to this little story. Especially after i did a little read on what the game was. I liked it so much that i translated it into Chinese so i could post it on my WeChat.

The release of the game and Dallas Police Shooting coincided it. It was an coincident. But it was such a life saver. To see something so harmless and simple, yet it has the ability to bring the best out of everyone, seemed so appropriate in the midst of so much carnage, chaos, and craziness in the real world.

Sarah Jeong wrote a lovely article for New York Times: “Pokémon Go Connects Us to Our Cities and Neighbors“. I started following Sarah on twitter after she started live-tweeting the Oracle-Google java API trial. She was so into this game, initially i was merely watching her plan by following her tweets. She cracked me up when she started naming pokemons that she caught with Silicon Valley notables. 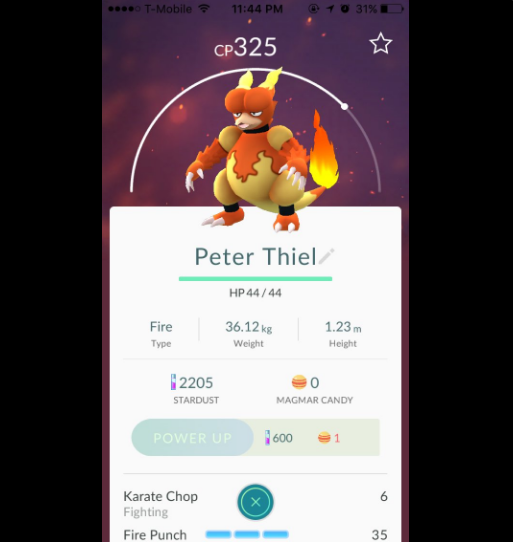 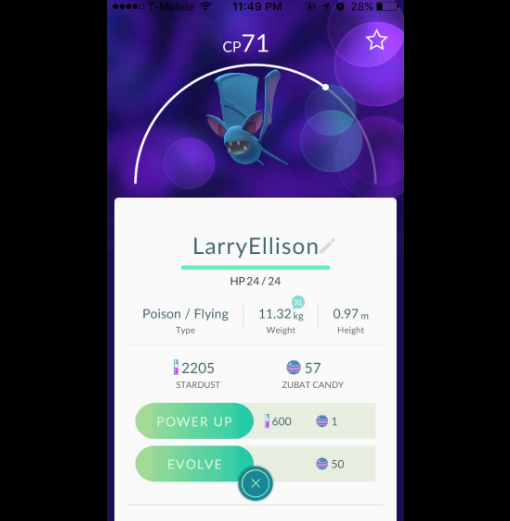 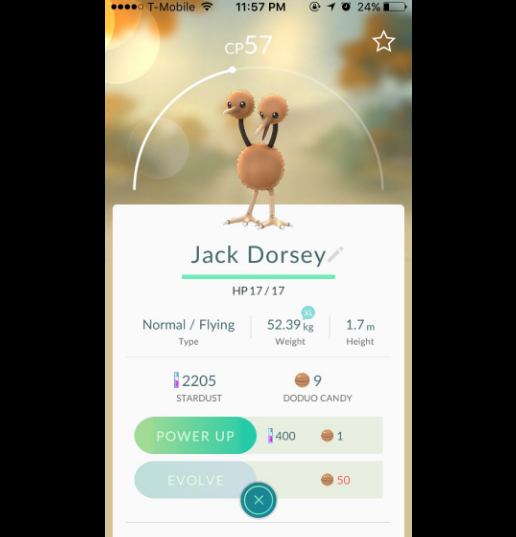 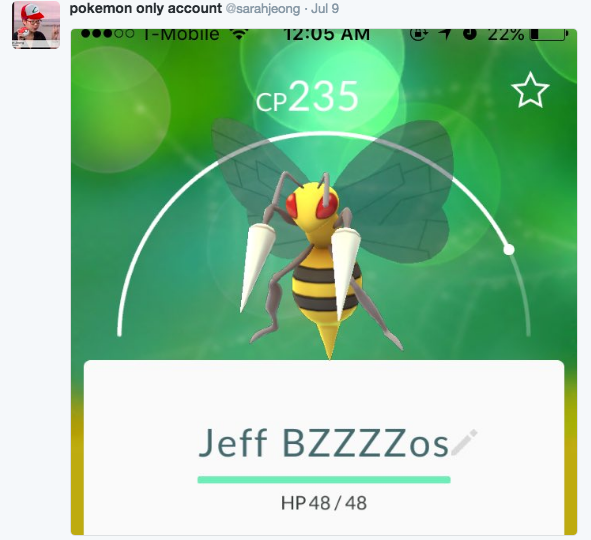 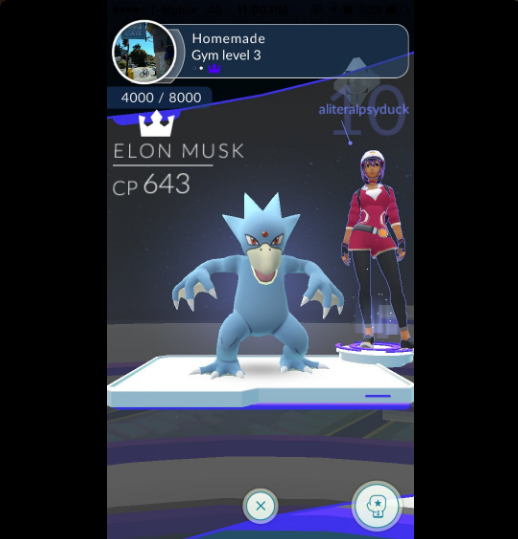 I didn’t start playing until a week later, purely by accident.

I was having lunch with a few co-workers outside of our office building. They were wondering what Pokemon Go was. So i started telling them based on what i knew and pulled out my phone to show them. Only then did I realize there were SO MANY pokemons wondering around campus! I caught three while sitting there eating my lunch!