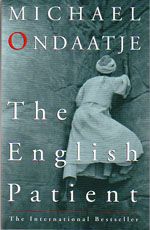 I am a man who did not enjoy poetry until I heard a woman recite it to us. And in that desert she dragged her university days into our midst to describe the stars – the way Adam tenderly taught a woman with gracious metaphors.

These then, though unbeheld in deep of night.
Shine not in vain, nor think, though men were none,
That Heav’n would want spectators, God want praise;
Millions of spiritual Creatures walk the Earth
Unseen, both when we wake, and when we sleep;
All these with ceaseless praise his works behold
Both day and night: how often from the steep
Of echoing Hill or Thicket have we heard
Celestial voices to the midnight air,
Sole, or responsive each to other’s note
Singing their great Creator…

That night I fell in love with a voice. Only a voice. I wanted to hear nothing more. I got up and walked away.

A few months later, she waltzed with me, as we danced as a group in Cairo. Though slightly drunk she wore an unconquerable face. Even now the face I believe that most revealed her was that one she had that time when we were both half drunk, not lovers.

In the street of imported parrots in Cairo one is hectored by almost articulate birds. The birds bark and whistle in rows, like a plumed avenue. I knew which tribe had traveled which silk or camel road carrying them in their petite palanquins across the deserts. Forty-day journeys, after the birds were caught by slaves or picked like flowers in equatorial gardens and then placed in bamboo cages to enter the river that is trade. They appeared like brides in a medieval courtship.

We stood among them. I was showing her a city that was new to her.

Her hand touched me at the wrist.
“If I gave you my life, you would drop it. Wouldn’t you?”
I didn’t say anything.